This 17-room Nantucket boutique, trendy hotel is literally next door to Nantucket’s Whaling Museum and a few-minute walk from the Steamship Authority (ferry terminal) downtown.

As Boston magazine mentioned in its 2017 article, Everything You Need to Know about Nantucket’s Hottest New Hotel, “The original structure of the 17-room hotel was a Greek Revival-style house built in 1850. It was the home and office of Dr. Wylie L. Collins and his family from the 1920s until recently. A three-story Second Empire-style addition, which holds 14 of the guest rooms and what will be the private dining room, was added to the historical home to complete the new building. The project, led by local architect Matthew MacEachern of Emeritus, took nearly three years, and is the largest in Nantucket’s Historic District in 75 years. The name of the hotel is rooted in the island’s tradition, too. Greydon is an offshoot of Nantucket’s nickname: Grey Lady.”

The Dobbert Companies partnered with Emeritus and The Andersen Company to lead the installation of HVAC and plumbing throughout the property, which was a feat given the age and importance of the buildings! 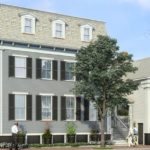 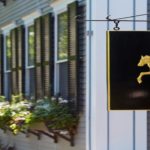