As The Boston Globe mentioned in the 2018 article, Hotel on North seeks to be in sync with Pittsfield’s regeneration, “Pittsfield, Massachusetts, like many similar small cities in New England, had manufacturing running through its veins, from wool to paper to the giant electrical transformers invented by resident William Stanley and built by thousands working for General Electric, the single largest employer in the region for many decades…When the company withdrew from the town, the inevitable hard times came, with jobs and population loss and little sign of a new raison d’etre…Enter David and Laurie Tierney, born and raised in the area, and heirs to a local family construction and development business. They bought…two 19th-century three- and four-story buildings that for years housed the legendary menswear and sporting good emporium, Besse-Clark. The property, across from the YMCA and around the corner from the former home of The Berkshire Eagle, was in recent years the site of restaurants that opened and promptly closed.”

This property was turned into Hotel on North, a boutique hotel in a large multi-use building in the heart of Pittsfield, and is the centerpiece of the vision of a revitalized downtown Pittsfield.  The Dobbert Companies team was honored when the Tierneys demonstrated their trust and confidence in us to award the HVAC and plumbing installation and configuration at the property.

We provided and installed a state-of-the-art variable refrigerant flow (VRF) system to work with an existing cooling tower and heating plant to seamlessly provide heating and cooling to 45 guest rooms, three conference rooms, a bar, lounge area, and restaurant. While our talented HVAC team was hard at work, our team of plumbers installed the infrastructure behind the walls of what ended up being several uniquely and beautifully designed bathrooms with everything you could possibly hope for in a high-end hotel. 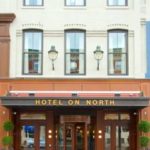 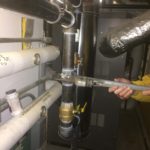 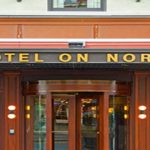